It was at Wilshire Boulevard Temple’s Camp Hess Kramer in the late 1970s that Cathy began her long career in Jewish education. After receiving her B.A. from UCLA, Cathy lived in Jerusalem, where she taught school and worked with children and senior citizens in an underserved community.

After returning to the states, Cathy earned her MSW at UCLA and became a Licensed Clinical Social Worker. She served as the Director of the Cult Clinic for Jewish Family Services in Los Angeles for several years and then started her family. Since that time, she has remained in the field of Jewish education and social work, working as a camp director, cantorial soloist, and licensed clinical social worker. She joined the Wilshire Boulevard Temple Religious School team in 2012. 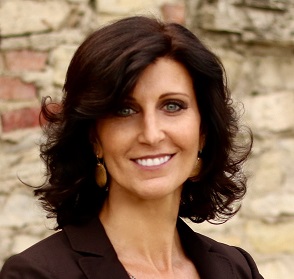 Rachel Waltuch has been involved in Jewish education ever since she completed her undergraduate degree at Brandeis University. She immediately began teaching at Valley Beth Shalom Day School and continued there until her first child was born. The autumn after her son arrived, she began to teach religious school part-time and helped write and develop curricula.

In 2003, she was recognized with the Lainer Distinguished Educator Award by the B.J.E. While still at the religious school, she was asked to participate in a program dedicated to training and mentoring teachers new to Jewish education called Creating Teaching Excellence in Congregational Education. She, and other committed instructors in synagogues throughout Los Angeles, worked to develop the skills of future congregational educators.

When her daughter began school, Rachel returned to teach at Valley Beth Shalom, earned her master’s degree in Education Administration, and took on increasing responsibilities in the school. She led the faculty through their accreditation process and earned the school a six-year clearance, the highest possible, with commendations for professionalism and presentation.

She developed the school’s first formalized writing program, successfully chaired the school’s online curriculum mapping process, and began the first peer mentoring program for the teaching staff. In 2014, she was distinguished by the Temple and Day School by being presented with the Morah Award for community contribution at Valley Beth Shalom.

Demonstrating how the rich, ancient beliefs and customs of the Jewish people are still inherently not only relevant, but also integral to 21st Century life is one of the passions that continues to inspire her, and she is excited that it has now brought her to Wilshire Boulevard Temple.

While Rabbi Ashley a new addition to our team, she is familiar with the Wilshire Boulevard Temple family. Rabbi Ashley worked for three summers at Camp Hess Kramer, and served as the rabbinic intern for two years where she worked with congregants of all ages at Tot Shabbat, Wednesday Night Program and Saturday Morning Torah Study.

Ashley was born and raised in Los Angeles, and was ordained from the Hebrew Union College-Jewish Institute of Religion in 2016. In addition to pursuing her rabbinic ordination, she also completed her Masters in Jewish Education and received a Masters Concentration in Israel Education through the iCenter for Israel Education. Since ordination, she served as the rabbi for the Santa Ynez Valley Jewish Community as well as for students at USC Hillel. Married to Eric Chafetz, a Jewish educator, they have two beautiful young daughters, Zoe and Mia.

Rabbi Ashley is passionate about creating opportunities for people to engage with the beauty and the richness of our tradition in a way that is welcoming, comforting, authentic and challenging. She believes strongly in the importance of fostering a genuine and meaningful love of Judaism in our children, which will, in turn, lead to a life-long relationship with the Jewish community.

A graduate of the University of Arizona Honors College, Emily received her B.A in Political Science with a minor in Judaic Studies. Throughout her college career, Emily discovered a passion for Jewish education, youth engagement and programming. All of this was nurtured during her time as a Camp Hess Kramer counselor and staff member. Some of Emily's hobbies include tennis, travel, and reading. Now living in Los Angeles, Emily is so excited to be part of the Wilshire Boulevard Temple Religious School Team as the Youth  Engagement Coordinator.

Morgan joined the Wilshire Boulevard Team in 2019 as the Administrative Assistant. Born and raised in Calabasas, California, Morgan was an active member of the West Valley Jewish Community Center growing up. She has loved working with children for the past four years and is currently pursuing a career in nursing. On her days off Morgan enjoys hiking, camping, and watching movies. She is very excited to be working with such an amazing team.